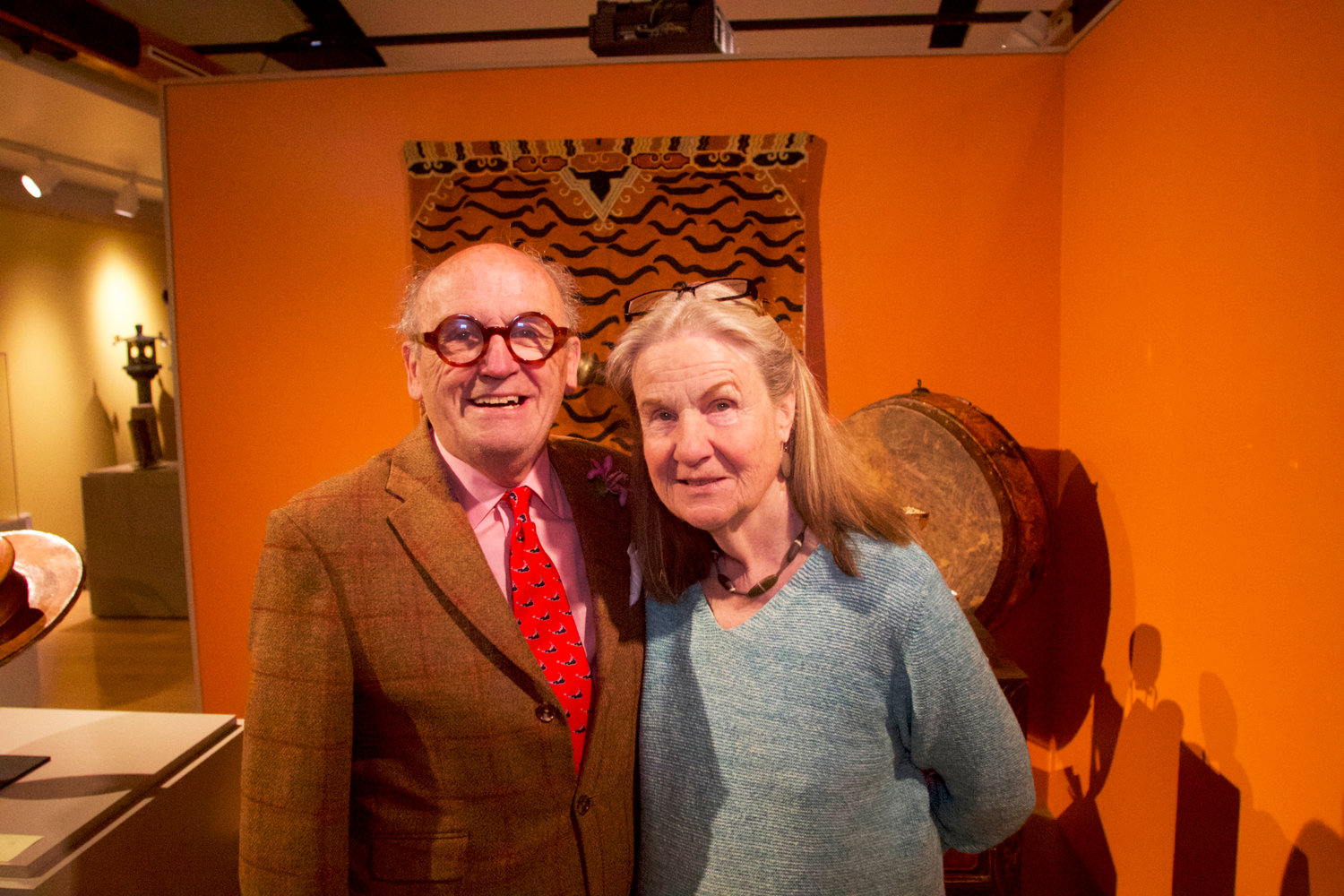 Asian Treasures from the Billings Collection at the NHA

(June 23, 2022) On the western end of the island, down a dirt road in Madaket, David Billings and his wife Beverly Hall live among their dogs, manicured gardens and several thousand Asian artifacts.

Complete with several themed bookcases and “the museum,” their interior decor is the product of many years of combing through New York auction house catalogs to find the right piece, though Billings laments that even the glossy pages of the Christie’s catalog gave way to the Internet.

Billings describes himself as someone who can only focus on one thing, and intensely. For decades this thing has been China and collected iconic depictions of its history. A small sample of his collection of 4,000 pieces is now on display at the Nantucket Whaling Museum on Broad Street.

The total collection spans from the Neolithic period, around 5,000 years ago, to the Qing dynasty, which gave way to the modern Republic of China in 1912. The Billings Library contains 11,000 volumes, mostly on the Chinese history and art.

There’s a 2,000-year-old life-size burial suit made entirely of jade and gold threads, which Billings has spent most of the COVID-19 pandemic meticulously stitching up. There is a 14 inch by 8 inch sheet of mulberry paper believed to be one of the oldest known paper coins. It dates from 1375.

In total, the art and artifacts represent over 5,000 years of Chinese history. But for Billings, they represent something bigger. They tell the story of the people who lived with them and used them as everyday objects, from the decorative bowls of the Warring States period (475-221 BC) to the golden feathered finials of martin- fisherman on the imperial throne of the Summer Palace in Beijing. .

“It’s like choosing your favorite kid,” Billings said of her pieces. “I have a few favorite pieces but they have to do more with the stories. They aren’t necessarily the most valuable ones. The finials on the cover of the (exhibition book), they’re one of my favorite bits because of the story.