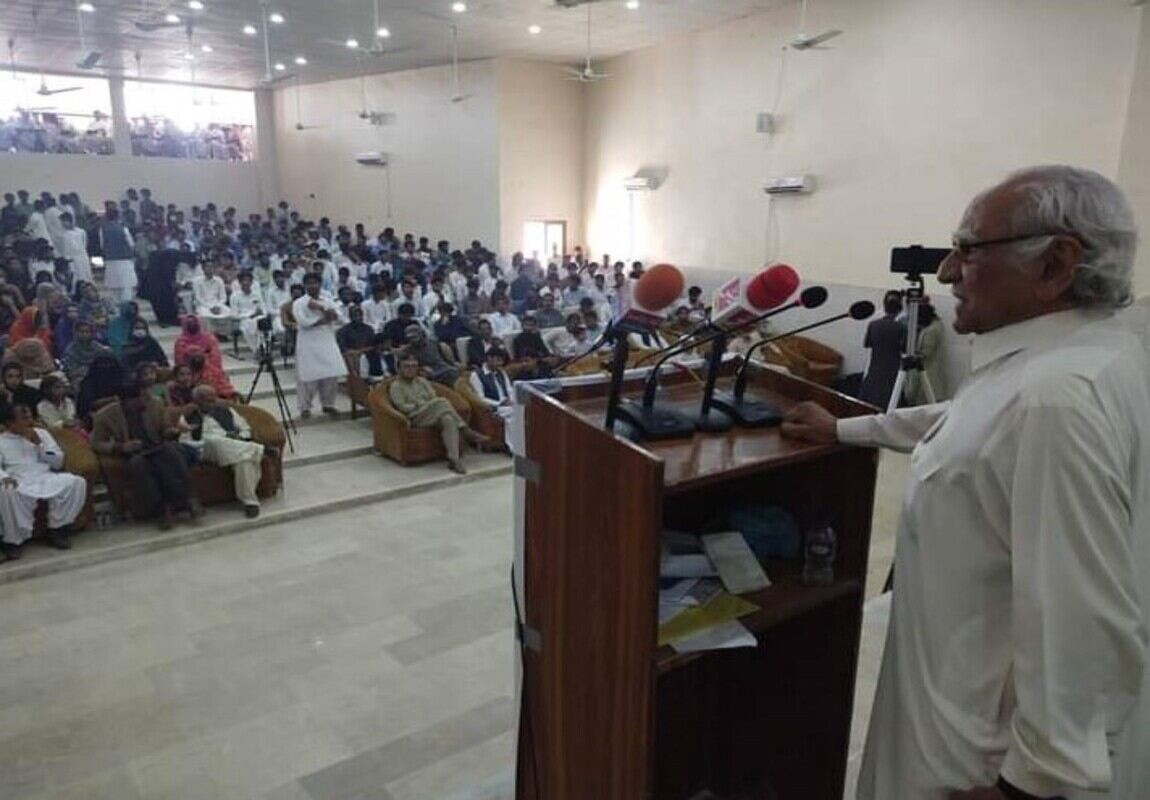 The Baloch community celebrated their cultural festival on Wednesday in educational institutions, parks and public places.

The Baloch Student Action Committee (BSAC) had asked all its zones to organize ceremonies on this occasion. Organizational areas held sensitization ceremonies in Dera Ghazi Khan, Quetta, Karachi, Turbat and Hyderabad. People participated in large numbers in the ceremonies.

Ghani Parwaz was the main guest at the ceremony. Addressing the assembly, he commended the Baloch nation who were aware of their culture and importance. He said that culture was an important factor for nations. “The most important thing to preserve a nation’s identity is to protect its culture from extinction,” Parwaz said. He added that writing and reading in “your own language” should be prioritized so that it is passed on successfully to the next generation.

Nadeem Akram, a Baloch poet and senior lecturer at Atta Shad College, said the Baloch nation is lucky to belong to a nation with a beautiful codified culture. The speaker discussed various aspects of Baloch cultural marriages. He added that culture is not just the name of keeping a beard or physical appearance, “but we must be practical in our actions and our traditions by becoming bold, courageous and not to fear like our ancestors.”

In the Quetta area of ​​BSAC, speakers from the cultural departments addressed the assembly where they spoke about the importance of culture. They discussed different aspects of culture and compared Baloch culture to other cultures around the world.

Beebagr Baloch, a victim of an attack on a cultural ceremony in Khuzdar in 2010, spoke to the rally about the goal of choosing March 2 as Baloch Culture Day, saying it was the most difficult task for them to whether or not to celebrate the day. .

“We had to celebrate it in order to protect our culture from extinction,” he said. He was a member of Balochistan Khuzdar University of Engineering and Technology (BUETK) Baloch Students Organization. He said that when they were celebrating the day, hand grenades were thrown at them which resulted in the martyrdom of two of their colleagues. “My spine was injured which paralyzed my whole body,” Beebagr said.

The writer is a freelance writer and a law student. He can be reached on Twitter @ Alijanmaqsood12.

The market for mirror coatings is booming globally