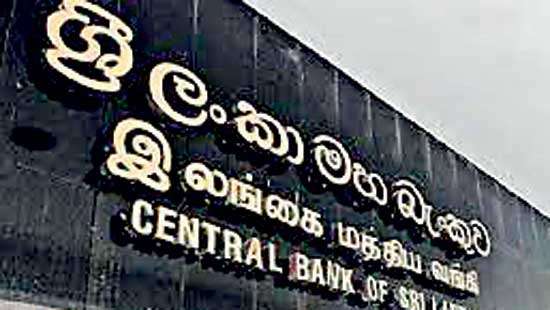 Central Bank of Sri Lanka, its independence and us – Editorial

Maybe we ignorant lay people couldn’t understand. Perhaps independence is for the survival of the Central Bank and its agents, who spend time in cold rooms away from the crisis.

The Central Bank of Ceylon was established by the Monetary Act (MLA) No. 58 of 1949. Sitting bankers and former central bankers speak eloquently of its intended role. Yet we lay people are cognitively deficient to comprehend any tangible role played by it other than the fact that it was renamed the Central Bank of Sri Lanka (CBSL) in 1985. It is a matter of learned former central bankers.

From production to begging for a debt-driven commercial economy
Professor Sirimevan Colombage, despite being a former central banker, said in his article that the Monetary Board is collectively responsible for reckless policy decisions (https://www.ft.lk/columns/Monetary-Board-collectively- accountable -for-imprudent-policy-decisions/4-735512) that “it is widely recognized that in a democratic system, central bank independence must always be accompanied by adequate accountability mechanisms”. I invite those who cry out for the independence of the CBSL to read Colombage’s article.

Since its creation, the CBSL had 16 governors. The Monetary Law Act was passed 73 years ago. The youths of Gota Go Gama have blamed us all for being linked to the downfall of Sri Lanka over the past 73+1 years. The CBSL can in no way absolve itself by quoting the law: “our job is to manage monetary policy to ensure stability”. Some boast of the skill and vigor with which they conducted difficult negotiations to beg and borrow an extra dollar to increase foreign exchange reserves. In the post-1978 period, we have all, including the CBSL, collectively driven a thriving production economy down a steep road to a mendicant, debt-driven commercial economy. The 15 governors talked about debt restructuring and sustainability. For the first time, a non-central banker governor, Professor WD Lakshman, has spoken of a debt-free country and paid the price by resigning and facing legal action.

A seasoned central banker now heads the CBSL. He was taken to a red carpet dressed in ornamental trappings such as experience, who knows the traditions of the central bank, who understands the mandate (stability at all costs), the will of difficult negotiations with the International Monetary Fund ( IMF), political monetary independence, financial market leader, etc.

His first job was to declare the economy bankrupt, using different terms such as hard default and soft default. Then went for tough negotiations with the IMF without doing his homework and was speechless when the IMF asked for the stimulus package. It stopped the rupee in a tight range at a time when the rupee value of a dollar was high.

Professor Lakshman kept the exchange rate stable when the value of the rupee to the dollar was weaker. It has been the subject of heavy criticism. Some have argued that the stable exchange rate has the effect of diverting dollar revenues from official sources to the black market. His successor floated the rupee and brought nearly Rs.400 to a dollar. The black market has not disappeared. The dollars did not go through official sources. Kapila Bandara in his article “Exporters, importers transfer Rs 13.2 trillion abroad via dubious invoicing” (https://www.sundaytimes.lk/220710/news/exporters-importers-shift-rs- 13-2-trillion-overseas-via-dodgy-invoicing-488561.html) reveals that importers and exporters intentionally falsify the declared value of goods on invoices lodged with Sri Lankan Customs. Citing the 2021 report from Washington, D.C.-based Global Financial Integrity, it says Sri Lankan companies involved in export and import trade looted US$36.833 billion (Rs 13.246 trillion) over nine years (2009-2018) through intentional and questionable billing. and store foreign exchange earnings abroad.

Economists argued that it is normal and let the rupee float to attract these foreign currencies held offshore. But Lakshman, who knows the economy as well as the situation on the ground and the behavior of importers and exporters, kept the rupee at a standstill.

It issued a circular asking importers and exporters to return foreign exchange earnings held abroad. His successor gave in and let the rupee float and contributed to runaway inflation. Neither the black market has disappeared as expected, nor the accumulated foreign exchange reserves. The current governor of CBSL, realizing the harsh truth, has banned open account trading.

Some argue that Lakshman printed too much money to fill the budget gap. We lay people know that the economy and normal life have been disrupted by the COVID-19 pandemic. Respective governments around the world have poured more money into the market to help both producers, especially small and medium enterprises, and consumers.
As the country’s apex financial institution, the Central Bank provided the full range of essential services to the economy and financial system during the lockdown. The Central Bank has actively taken steps to ease the burden on the public during this unprecedented global disruption, while maintaining focus on its legal mandate to maintain economic, price and financial system stability.

Can’t sit on an outdated law and talk about independence
Economists predicted that the economy would recover by taking the shape of the 26 letters of the English alphabet. And they thought it would happen automatically. Even the deities of the market economic system such as the United States, Europe, and Southeast Asian countries have pumped money into the market with increased government intervention. Our neoliberal economists have risen for navigating the market economy derailed by the pandemic.

The compensatory deficit/funding is justified to cover the budget deficit. This is what Keynes proposed in 1936 as a solution to the problem of economic downturn. The worst seen so far was the Great Depression of the 1930s. COVID-19 hit the whole world and many times worse than the Great Depression. The Sri Lankan economy was no exception.

Each successive government since independence has gradually expanded the social safety net, covering more and more people. The population has developed over the years the conviction that the state social benefits, from which they have benefited for some time, are part of their inalienable social rights. Even we, the learners benefiting from “free education”, believe in maintaining free education, with higher budget allocations. In this context, what was the option available to Sri Lanka other than money printing?

It is true that an increase in the money supply would lead to an increase in demand, leading to an increase in prices. This is called demand inflation at economic fairs. In Sri Lanka, demand is inelastic. Nearly 50% of the population lives below or is around the poverty line. They don’t care about the price, because they have to buy the essentials, mainly foodstuffs, for their simple survival. As for the richest cohort, they mainly buy luxury goods. For them, convenience, comfort and status symbol are more important than price. They buy such luxuries at any cost.
Their demand is also price inelastic. In such a distorted market, increased money printing does not impact inflation to the extent exaggerated by most economists. This would have been the reason why the current governor of CBSL agreed to print 1 trillion rupees to enable the finance minister to pay public sector salaries.
In addition, the money supply is made up of different modes more than what is stated in the Money Law Act. The market is flooded with modes of money that are more invisible than visible types. The currency issued by the CBSL has taken a back seat. Controlling money printing alone would not discourage demand in the presence of many other modes available in the financial market.

Many authors and economists attribute the causes of the current economic crisis to political errors. I do not dispute that there were policy errors. But the whole crisis cannot be explained solely by the political mistakes made by the recent governors of the CBSL. This happened over a considerable period. It is time for all of us, including the Central Bank, to come out of our shells and face reality.

The reality is not to be found in the economic texts. Not included in the Monetary Law Act. Not found in the cold rooms of the towers. It lies outside of these. Many changes are underway outside of the CBSL. The world is facing changes. Problems take different forms, requiring different solutions.

Many generations were born after the passage of the Money Law Act 70 years ago. Habits, models, tastes, processes have changed. Governance has changed. Capitalism is changing. Socialism is almost extinct. There are many inventions and innovations. Our younger generations are much more vigilant, educated and endowed with many talents. It is no longer possible to sit on an obsolete law and talk about independence in a world with different actors. That’s why the new CBSL Governor, who was brought to a red carpet wrapped in decorative cosmetic outfits, is dropping them one after another to adapt to a rapidly changing world. As the world around us undergoes rapid and dramatic change, CBSL alone cannot stand still.

(Chandrasena Maliyadde, Ministry Secretary and currently Vice President of the Economic Association of Sri Lanka, can be reached via chandra.maliyadde
@gmail.com)

Mirror Coatings Market Size, Scope, Growth Opportunities, Trends by Manufacturers and Forecast to 2029 – This Is Ardee