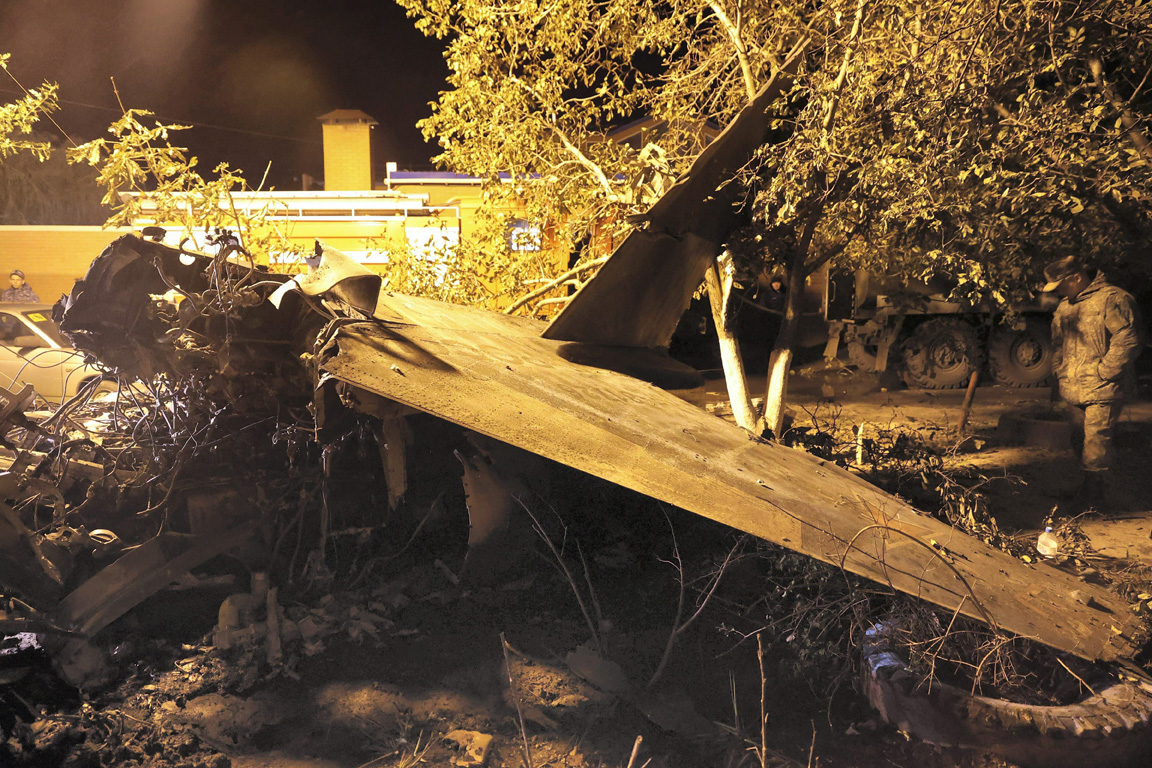 Kyiv, October 18 (PTI/AP): Airstrikes knocked out electricity and water supplies to hundreds of thousands of Ukrainians on Tuesday, part of what the country’s president called an expanding Russian campaign aimed at plunging the nation into cold and darkness and making peace talks impossible.

President Volodymyr Zelenskyy said almost a third of Ukraine’s power plants had been destroyed in the past week, causing massive blackouts across the country.

No more room for negotiations with the Putin regime, he tweeted.

Depriving people of water, electricity and heat as winter begins to bite and the widespread use of so-called suicide drones that swoop down on targets have opened a new phase in Russian President Vladimir Putin’s war .

The aerial bombardment appears to be aimed at exhausting the remarkable resilience Ukrainians have shown in the nearly eight months since the Russian invasion.

Even far from the front lines, basic public services are no longer certainties, with daily strikes reaching far into the country and damaging key facilities, sometimes faster than they can be repaired.

The last town to completely lose electricity and water is Zhytomyr, home to military bases, industries, leafy boulevards and around 250,000 residents, about 140 kilometers west of Kyiv.

Hospitals in the city switched to emergency power after Tuesday’s double missile strike on an energy facility, and other settlements in the region also lost power, city and regional officials said.

The attack left 50,000 people without power, the facility operator said.

Missiles also severely damaged an energy facility in the south-central city of Dnipro.

Russia is also mixing up its modes of attack.

S-300 air defense missiles, which Russia has upgraded to ground attack weapons as its stocks run out, were used to strike the southern city of Mykolaiv.

The body of a man was found in the rubble of a building, said the governor of the region.

In the eastern city of Kharkiv, eight rockets fired across the neighboring border with Russia hit an industrial area, the regional governor said.

A drone slammed into a residential building, killing four people.

Ukraine says Russia is getting thousands of drones from Iran. Iranian-made Shahed drones that hit targets in Kyiv have also seen widespread use elsewhere in recent weeks.

An Associated Press photographer captured one of the Iranian drones on Monday, its triangle-shaped wing and sharp warhead clearly visible, though the Kremlin declined to confirm their use.

In a televised address Monday night, Zelenskyy said Russia was using drones because it was losing ground in the war.

Russia has no chance on the battlefield, and it tries to compensate for its military defeats with terror, he said. Why this terror? To put pressure on us, on Europe, on the whole world.

Ukraine’s nuclear power operator said Russian forces arrested two other senior executives at the Zaporizhzhia nuclear power plant. Energoatom said their whereabouts are unknown. The whereabouts of another leader who was arrested earlier in October is also unknown.

In Russia, the death toll from Monday’s crash of a Russian fighter jet has risen to at least 13.

The Su-34 bomber crashed in the port city of Yeysk after one of its engines caught fire while taking off for a training mission, the Russian Defense Ministry said. He said the two crew members jumped out safely, but the plane crashed into a residential area, causing tons of fuel to explode on impact.