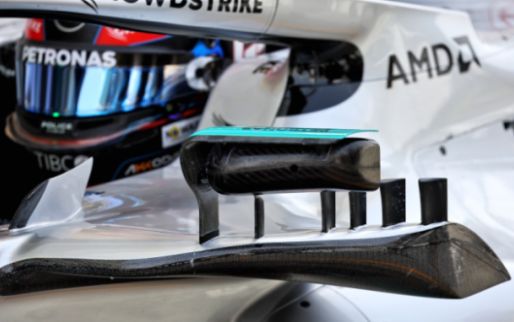 During winter testing, Mercedes caused a stir with its controversial design. In addition to the lack of sidepods, the silver pillared mirrors also caught the eye. On Tuesday, Formula 1 teams will meet to discuss these mirrors and their legality to avoid a ‘mirror war’, reports Motorsport.com.

The mirrors of the W13, Lewis Hamilton and George Russell’s new car, were distinguished by the small fenders mounted below the mirror. According to Formula 1 regulations, mirrors are not allowed to have an aero function on the car. In fact, mirrors are not officially part of the car body.

Mercedes’ current design appears to officially play by the rules, but F1 teams fear this could lead to a ‘mirror war’ with increasingly innovative designs. It’s something the teams want to avoid, so the matter will be discussed at a specially called emergency meeting on Tuesday, March 15.

FIA Formula Cars boss Nikolas Tombazis said there was indeed room for interpretation in the regulations. According to him, Mercedes has cleverly exploited the space to designate certain parts of the body as mirror mounts so that the elements are judged differently.

Hamilton working on name change: ‘Not many people know about it’

“Verstappen will be even more dangerous for the competition”

Temsula Ao paints a mirror of daily life in Nagaland