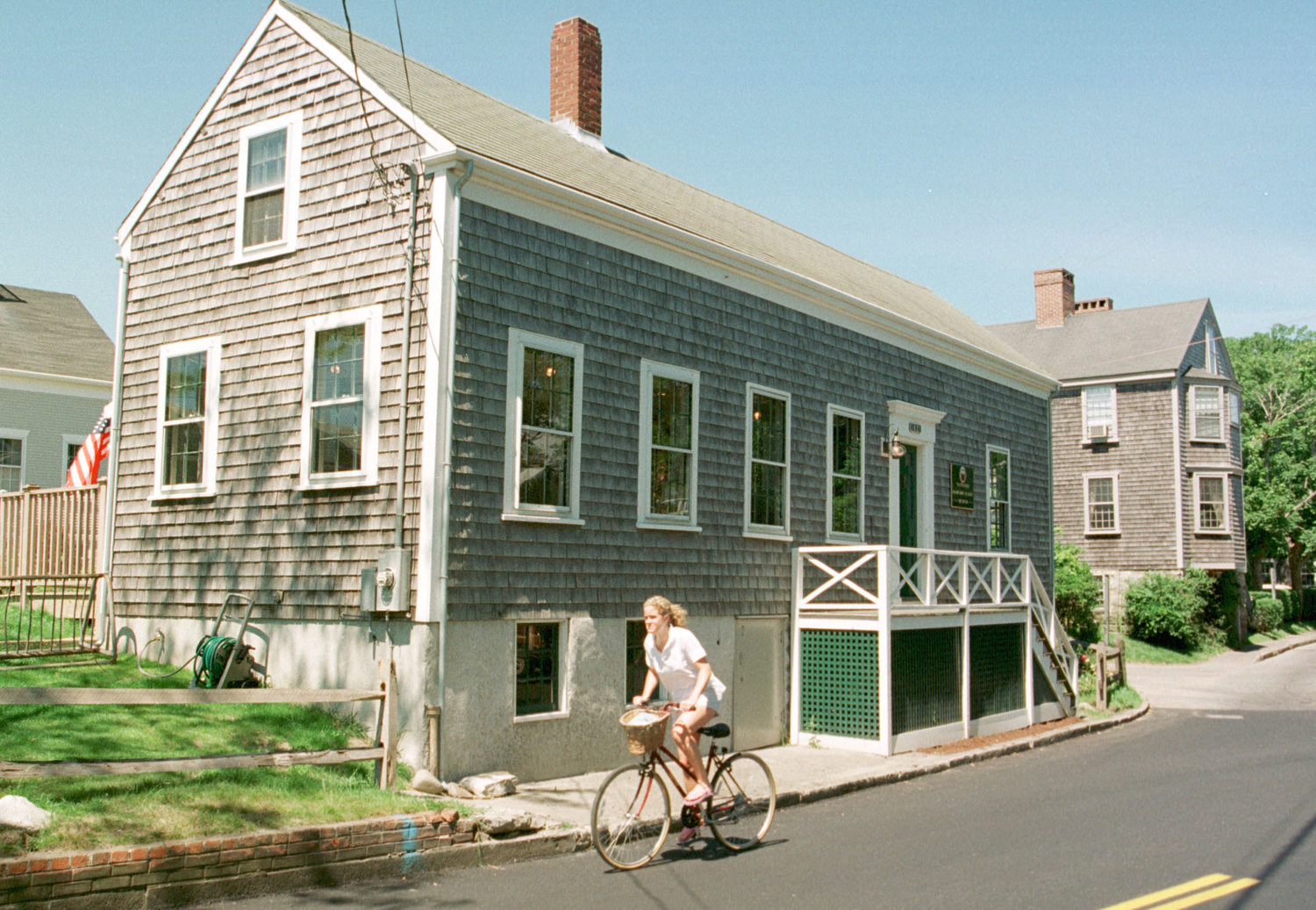 (May 17, 2022) The Nantucket Lightship Basket Museum property at Union and Francis Streets has been sold, a year after the museum merged with the Nantucket Historical Association.

Mahoney could not immediately be reached for comment. Richard said the property would most likely be used as accommodation. It is zoned residential.

The historic decorative lightship baskets, wooden molds, hickory staves and carved ivory have already been removed from the museum, following the merger last April. They are now the centerpieces of two exhibits, one at the Nantucket Whaling Museum on Broad Street, and the other at Hadwen House on Upper Main Street.

The former Lightship Basket Museum property itself is less than a quarter of an acre. It is flanked by Union Street to the front and a causeway to the rear. It has a parking lot at one end and a 3,500 square foot pre-Civil War building at the other. The building has stood empty since the merger.

“The affiliation of the two entities has proven to be a great combination,” said NHA Board Chairman Chip Carver. “The enthusiasm we’ve had is enormous. The people at the Lightship Basket Museum are passionate about lightship baskets, and we are passionate about the museum. You can see it when you view the gallery.