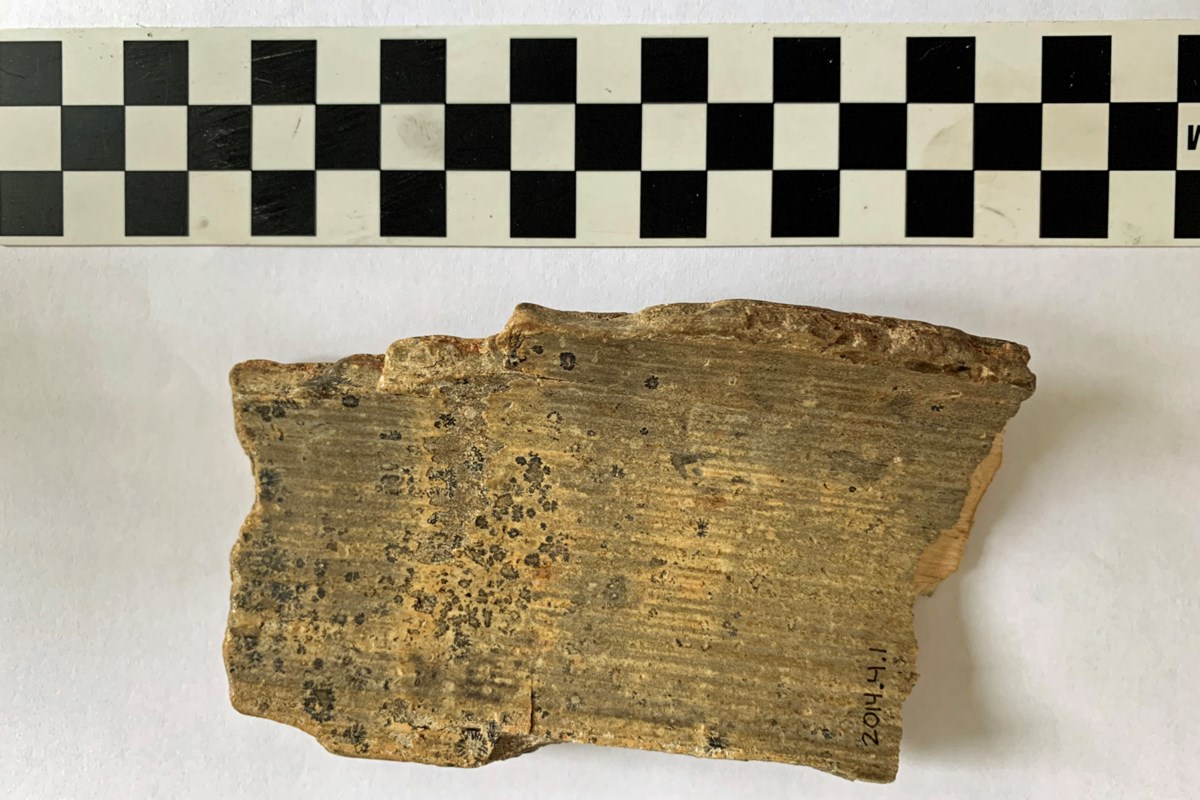 Have Mammoth Remains Been Found in the Central Interior of British Columbia?

We are excited to continue to learn more about our mammoth and look forward to the results of the radioisotope analysis and help paint a picture of what the environment was like in Prince George and surrounding areas ago 33,000 years old.

In July 2020, The Exploration Place partnered with researchers from Simon Fraser University and contributed to the British Columbia Megafauna Project. The project studies large Ice Age animals in British Columbia by documenting items from private and public collections with the goal of finding and documenting as many as possible. In doing so, they will learn about their times of life, information about their health and age, as well as information about their diet and how and where they lived through the BC Ice Age.

Large Ice Age animals, such as mammoths, mastodons, bison, and elk that roamed North America towards the end of the Ice Age, are called megafauna. Why these large animals went extinct has been widely debated, but projects like these are starting to give us a clearer answer. The answer is complex: climate change and human hunting have both played a role in the extinction of these megafauna at various times and in different places depending on the animal.

Mammoths, like ours, lived in British Columbia during the Pleistocene era and are one of the best species indicators for this work due to the astronomical amount of food and water they needed to survive. every day. Indicator species are those that serve as a good measure of the environmental conditions in a particular place and can therefore tell us a lot about that environment.

Originally donated in 2014 by George Collins, the tusk was collected during construction of the Giscome Highway at Bonnet Pit (Bonnet Hill) on May 18, 1946. When Collins originally collected it, he was hand shoveling the site about 50 feet below the surface.

He thought he picked up a piece of fossilized wood and found two more while working. He knew it was something special and wanted to share it with the community, so he donated a piece to the university and The Exploration Place. Staff scientists weren’t convinced it was wood and thought it might be something more.

When interdisciplinary geologist Michael Wilson visited in 2015, he confirmed that it was not petrified wood but mammoth tusk.

After doing a little more research, our team of curators quickly learned that seven years later, in the same gravel pit that Mr. Collins worked in, a four-foot tusk was ripped from the conveyor belt en route to the stone crusher. . It weighed about twenty-five pounds and was found just ten feet below the surface. Unfortunately, although many more of the mammoth’s remains were reported to be present (including large whole bones with points of articulation), all other remains made it through the rock crusher and are now part of the roads and highways. of the region. At the time, it was believed that they had discovered the first mammoth in British Columbia. Nobody knew that Collins had actually found one seven years earlier in the same location.

It is not uncommon to find sites containing multiple skeletons. This could be because these locations were natural traps in which individuals accumulated over time.

When our team heard about the British Columbia Megafauna Project, we jumped at the chance to learn more about our locally found mammoth, possibly the first found in British Columbia.

So far, here’s what we know: Our mammoth was found in Bonnet Pit, in the same gravel left by a glacier thousands of years ago. Radiocarbon dating tells us that he lived and died around 33,000 years ago! Two species of mammoth have been recorded in British Columbia, the Columbian mammoth (Mammuthus columbii) and the famous woolly mammoth (Mammuthus primigenius). Our tusk probably belonged to a woolly mammoth rather than a Columbian mammoth; however, mammoth size and type are not well known for our area of ​​the province, and difficult to prove without dental parameters.

Two other mammoths, found locally in the Fraser River, were also tested from private collections. What is even more intriguing is that they date from around 35,000 and 37,500 years ago. This means that mammoths have roamed the area for at least 4,500 years.

We are excited to continue learning more about our mammoth and look forward to the results of the radioisotope analysis. This will allow us to track its movement across the landscape, give us insight into its diet, and paint a picture of what the environment was like in and around Prince George 33,000 years ago.

By continuing to do this kind of scientific research on our collection, we hope to strengthen the scholarly work being done in this part of the province and help provide a fuller and more complete picture of what Prince George was like across the vastness of the time.

Alyssa Leier is the curator of The Exploration Place.