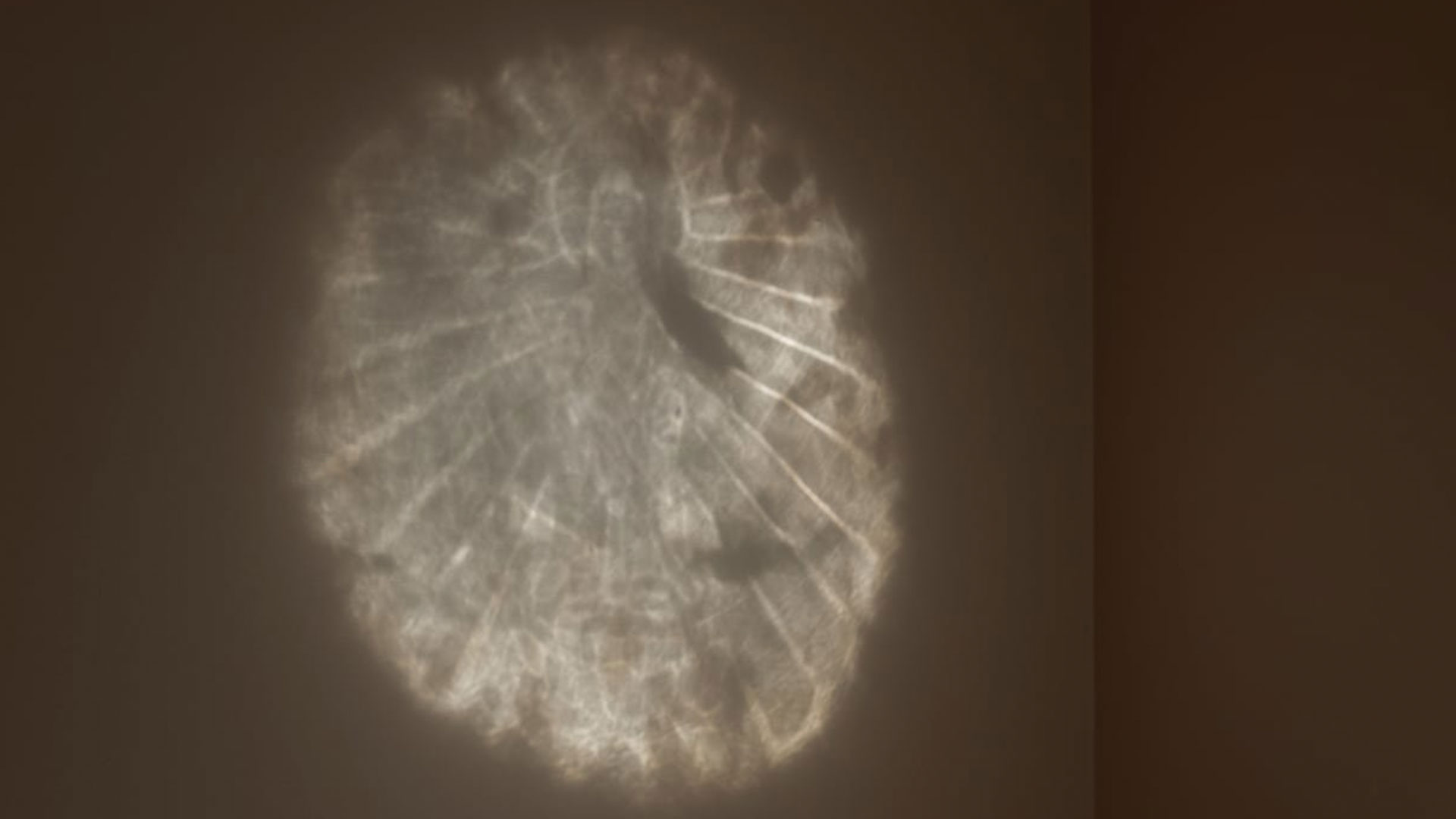 A SECRET message has been discovered in an ancient artifact using a centuries-old “magic mirror”.

The small bronze relic dating from the 15th or 16th century had been stored for decades among thousands of treasures in the Cincinnati Art Museum’s East Asian art collection.

While it seemed unremarkable to the untrained eye, the bronze plaque hid an incredible secret – in plain sight.

“Magic mirrors” are an ancient art that traces its origins to the Han Dynasty (206 BC to 220 AD), according to the museum.

Polished bronze artifacts have a cast design on one side and a shiny surface that can be used as a mirror.

When the bright light is reflected in the mirror, the pattern or image is projected onto the wall.

Museum of East Asian Art curator Hou-mei Sung was researching these so-called magic mirrors when he came across an artwork that looked like the ones she was familiar with of Japan in the Edo period.

The one in Cincinnati displayed a more complex style of Chinese writing (南無阿彌陀佛) that spelled out six characters: the name of Buddha Amitābha.

“It’s really fate or luck,” Sung told Artnet News. “We were going to exhibit the bronze artwork in a museum gallery. Out of curiosity, I wanted to test it.

So Sung decided to bring a conservation expert to the museum’s storage and light up the alleged Cincinnati Magic Mirror.

“I asked him to ‘shine a strong, focused light on the mirror,'” Sung told 7News.

“So she used her cell phone (flashlight) and it worked.”

After a few tries, the secret of the 8.5 inch (22 cm) diameter mirror appeared on the wall in front of them – it revealed the image of a Buddha, rays of light emanating from its seated form.

In the world, only three other institutions have a Buddhist-themed magic mirror.

“We were so excited,” Sung said.

The expert has yet to decipher whether the mirror is from China or Japan, but she thinks it could be the former.

Sung said many art collectors or institutions might be in possession of these extraordinary artifacts “that people don’t even know are magical.”

The Buddha Mirror is now moved to the Cincinnati Museum.