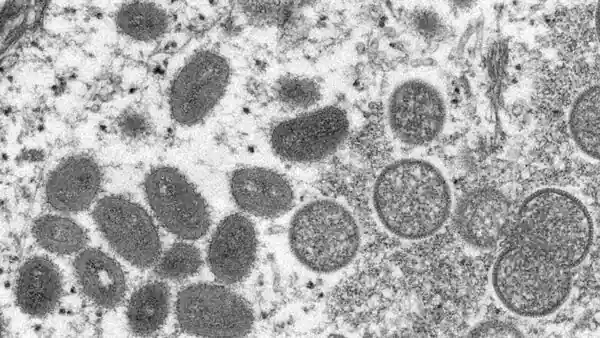 Thiruvananthapuram, July 14 (PTI): A person who returned to Kerala from abroad and was hospitalized after showing signs of monkeypox has tested positive for the disease, state health minister Veena George said on Thursday.

This is the first reported case of the virus in India.

Earlier in the day, the minister told reporters that his samples from the symptomatic person had been collected and sent to the National Institute of Virology for testing.

George said the person was showing symptoms of monkeypox and he was in close contact with a monkeypox patient overseas.

In the evening, she confirmed that he had tested positive for the virus.

“A case of monkeypox has been confirmed. We are taking steps to ensure it does not spread to others. But he (the patient) has 2-3 close contacts, including his parents.

“There are 11 main contacts which include his parents, those who sat next to him on the plane, the taxi driver who took him from Thiruvananthapuram to Kollam, the car driver who took him to hospital and cabin crew of the flight. We are informing them all,” the minister told reporters here.

The minister also told the media that there was no need to worry.

The Department of Health had said the same in a statement issued by it the evening before the first case of monkeypox was confirmed.

The department had, however, advised everyone to be careful and vigilant.

Meanwhile, the Union Ministry of Health and Family Welfare is sending a high-level multidisciplinary team to Kerala to work with state health authorities to institute public health measures for the Confirmed case of monkeypox in Kollam district, an information office press release said.

The core team in Kerala will include experts from the National Center for Disease Control (NCDC), Dr RML Hospital, New Delhi and a senior official from the Ministry of Health as well as experts from the Regional Health Bureau and the family welfare, Kerala, the statement said.

“The team will work closely with the state Department of Health, provide updates on situations on the ground and recommend necessary public health interventions. The Indian government is taking proactive measures by carefully monitoring the situation and coordinating with the states in the event of such a possibility of an outbreak,” he said.

According to the World Health Organization (WHO), monkeypox is a viral zoonosis (a virus transmitted to humans from animals) with symptoms similar to those seen in the past in smallpox patients, although it is clinically less severe.

Youth in Nagpur go the extra mile for the environment