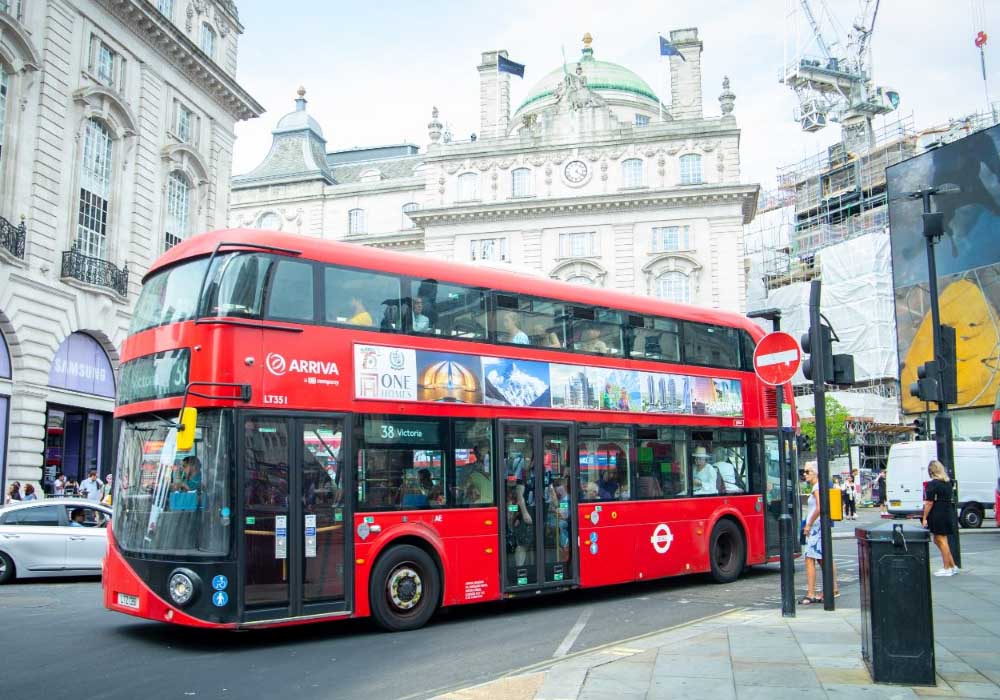 Launch of the “Brand Pakistan” campaign in London

The Pakistan High Commission in London has launched a promotional campaign to showcase Pakistan’s culture, history and multidimensional economic activities. The activity dubbed “mega branding campaign” was launched with the collaboration of a Pakistani-British company and aims to mark Pakistan’s 75th Independence Day.

August is London’s peak tourist season and therefore the best time to showcase Pakistan’s culture, history and tourism potential, with its mesmerizing landscapes and some of the highest peaks in the world.

To mark the country’s Silver Jubilee, at least 100 iconic double-decker buses are adorned with posters of Pakistan’s famous landmarks and tourist attractions. The buses would also showcase Pakistan’s multicultural society, history and economic activities during the campaign.

The buses will display the spectacular image of the historic Badshahi Mosque, the Pakistan Monument, the second highest K2 peak in the world and the Pakistan Pavilion at the Dubai World Expo. During the campaign, the traditional double-decker buses would criss-cross Oxford Street, Edgware Street, Piccadilly Circus and the famous Harrods store; it is believed that over a million people would see these screens throughout the campaign.

Commenting on the campaign, High Commissioner Moazzam Ahmad Khan thanked Aqib Hassan of One Homes for his support and collaboration with the High Commission in launching the campaign in London. He hopes the Brand Pakistan campaign will help promote the image of Pakistan through its tourism potential, ancient history, cultural diversity and economic promise to the world at large.

Make your own popular fashion mirror

More rejected asylum seekers are being sent back