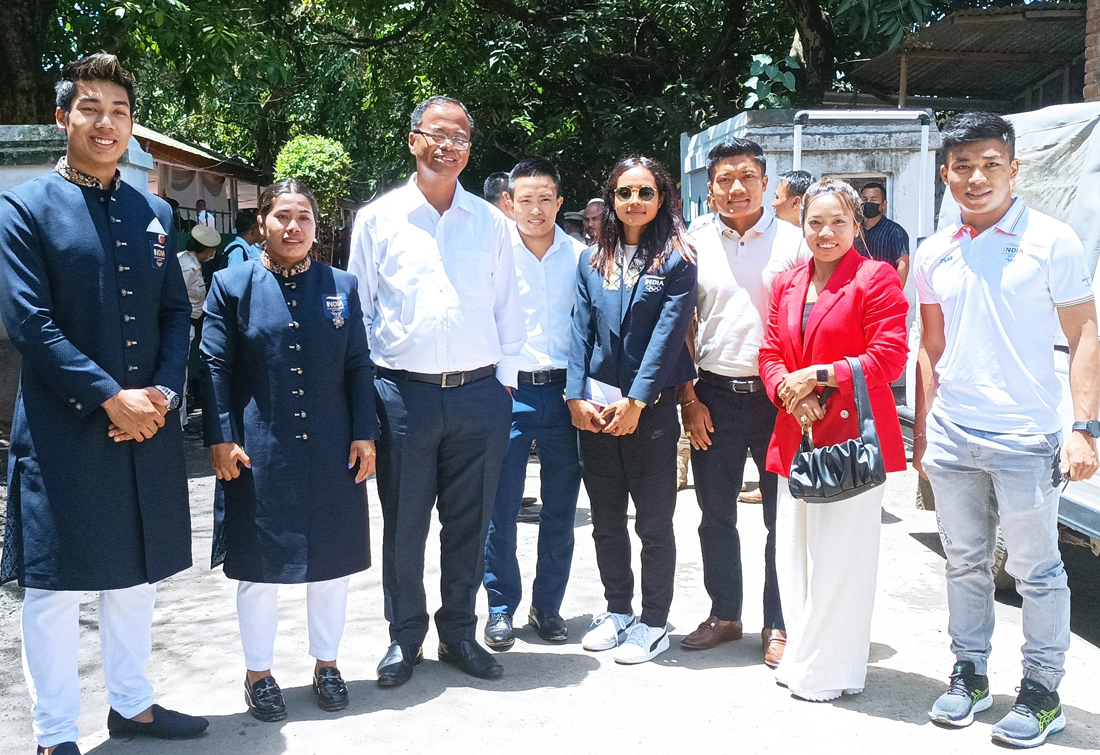 Our correspondent
Imphal, August. 15 (EMN):The seven athletes from Manipur who represented India at the recently concluded Commonwealth Games Birmingham 2022 were officially congratulated at a ceremony held as part of the 75th Independence Day celebration in Imphal on Monday.

Mirabai Chanu, 27, one of India’s top gold medal hopefuls, won India’s first ever gold medal at Birmingham CWG 2022 in the women’s 49kg weightlifting final. Chanu lifted 201kg (88kg snatch and 113kg clean and jerk) while Bindyarani, 23, who won a silver medal and India’s 4th weightlifting medal, lifted managed to lift 86 kg in the third attempt at the snatch and a lift of 116 kg in the last clean and jerk attempt in the women’s 55 kg category.

Two cyclists who represented the country at the CWG 2022 namely Laitonjam Ronaldo Singh and Yanglem Rojit Singh were also congratulated with INR 2 lakh each.

Since the 1984 Los Angeles Olympics, Manipur has so far produced 19 Olympians, including seven from hockey, four from boxing and weightlifting, three from judo and one from archery. Last year, the Manipur cabinet decided to develop an Olympic park in the state to recognize Olympians and also to inspire sportsmen in the state to become Olympians in the future.