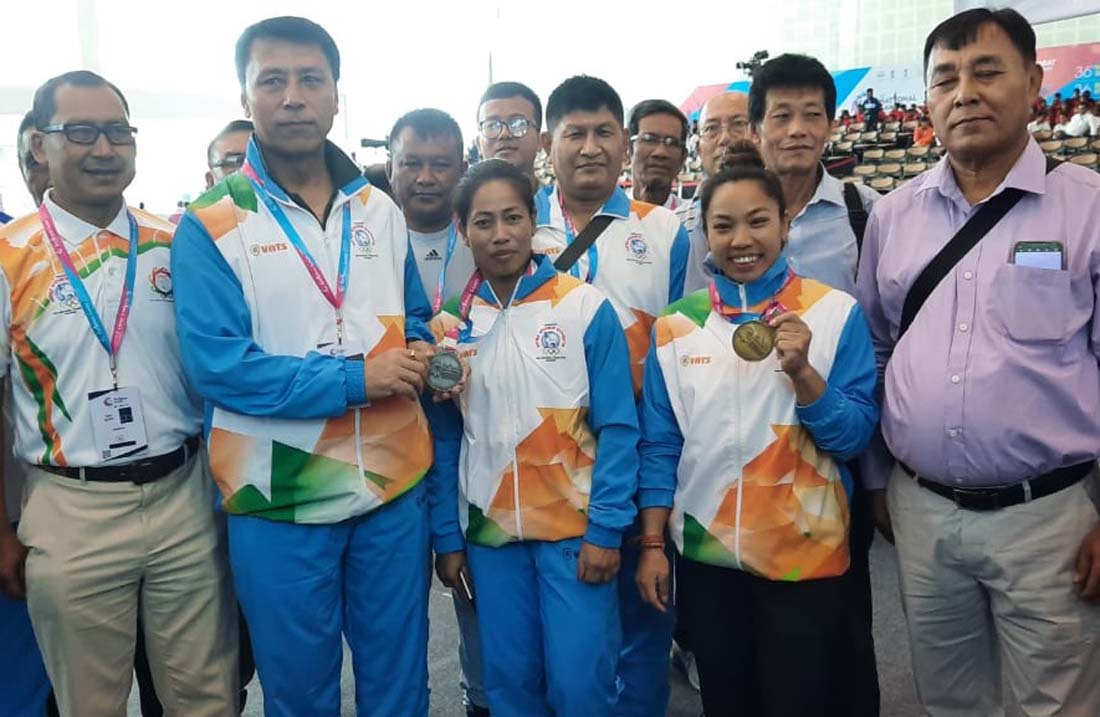 Our correspondent
Imphal, October 13 (EMN): Manipur became the only state in eastern India to find a place among the country’s top 10 states in the medal count at 36e National Games which ended on October 12 in Gujarat.

Manipur won 50 medals including 20 gold, 10 silver and 20 bronze medals to take the 9e position in the medal count.

Services, Maharashtra and Haryana won the first, second and third positions with 128,140 and 116 medals respectively.

In the 35e National Games in Kerala, Manipur won 69 medals including 22 gold, 21 silver and 26 bronze medals to occupy the 7e position.

With over 300 athletes, coaches and officials, Manipur participated in 21 sports disciplines at the Gujarat National Games. The state contingent won medals in 13 disciplines.

Meanwhile, Manipur Olympic Association (MOA) President, Dr. Th Radheshyam Singh, who was part of the state contingent, expressed his desire to take some corrective measures to maintain the “sports power status ” of State.

In a brief phone conversation, Radheshyam said, “The time has come to properly coordinate all key stakeholders to strengthen the weakness and also channeling talent hunting initiatives.