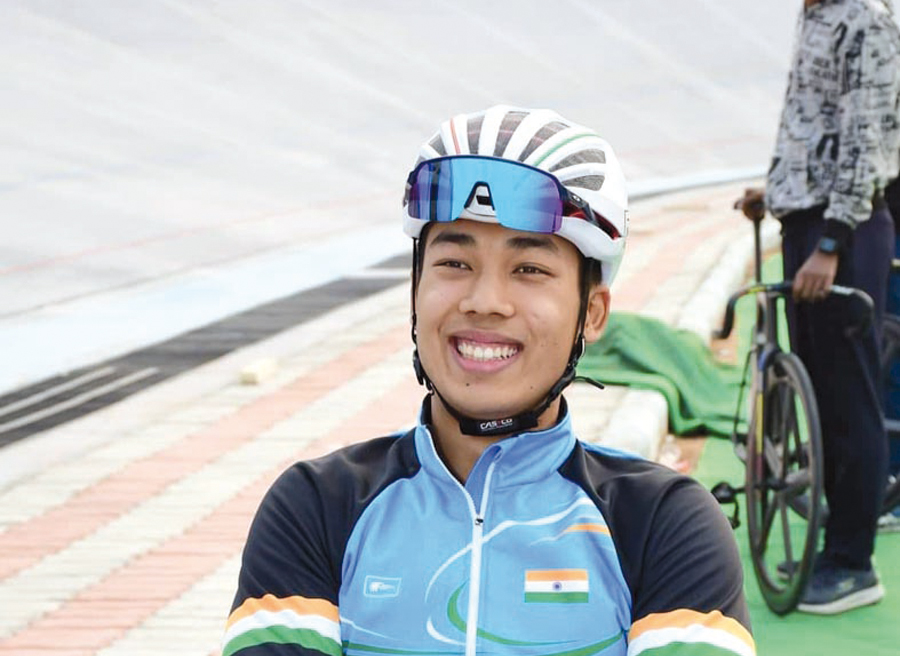 Imphal, July 2 (EMN): Brassjam Ronaldo Singh, who made history by becoming the first Indian cyclist to win silver in the senior category (sprint event) of the recently concluded Asian Track Championship, dreams of becoming an Olympian.

“Everything I have done in my racing career so far is part of my journey because I dream of the Olympics,” said Ronaldo, who is ready to prepare for the next training session for the Games. of the Commonwealth.

Reacting to recent competitions, the cyclist, who has won numerous medals in national and international competitions, said the attitude of never giving up helps to succeed in the race.

When asked why only a few athletes get into cycling, the 20-year-old who took part in a brief swimming and diving training session at Imphal before joining cycling felt that this cycling event was a costly event.

But in my case, I think I got the necessary support given my potential,” said Ronaldo, a resident of Wangkhei Ningthem Pukhri Mapan in Imphal East district of Manipur.

Ronaldo joined the Sports Authority of India (SAI) National Center of Excellence in New Delhi in June 2016 after being selected in a talent hunt in April 2016.

“After joining the national camp, we had the opportunity to participate in training sessions with well-known international athletes during our training abroad,” said the cyclist.

At the recently concluded five-day Asian Track Cycling Championship (June 18-22) in New Delhi, Ronaldo, whose performance is now considered the best among all cyclists in a continental championship, won a silver and two bronze medals.