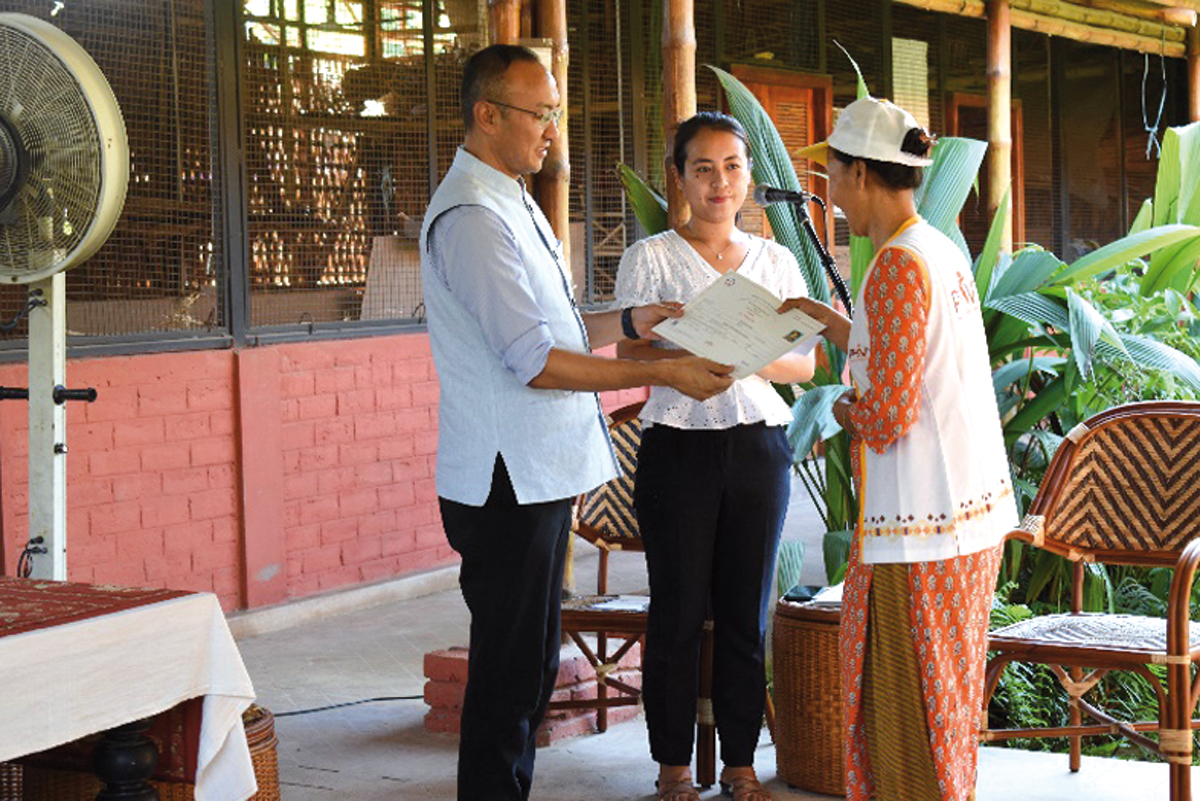 PMKVY 3.0 is a flagship skills development program launched by Prime Minister Narendra Modi with the aim of equipping the country’s youth with employable skills.

chairman of the village council of Socvima, Sebastin Zumvu; Executive Member of the Handicrafts and Carpets Sector Skills Council (HCSSC), Jesmina Zeliang; and Cane Concept Director Aku Zeliang were among the dignitaries present at the event.

Jesmina Zeliang welcomed Mmhonlumo Kikon and visited the training center where around 2600 artisans were trained under an industry-based training program and then employed in various industries.

He mentioned that craftsmen are learning decorative Christmas products made from bamboo which will soon be exported to the international market. During his interaction with the craftsmen and the congratulation ceremony, Kikon expressed his joy at the magnificent art and craftsmanship of the local craftsmen and expressed his desire to promote traditional industries based on art and knowledge. -making premises to mark the exponential growth of Nagaland’s cottage industries.

Curators discover rare Chinese ‘magic mirror’, one of only three known in the West, deep in storage at Cincinnati Museum of Art