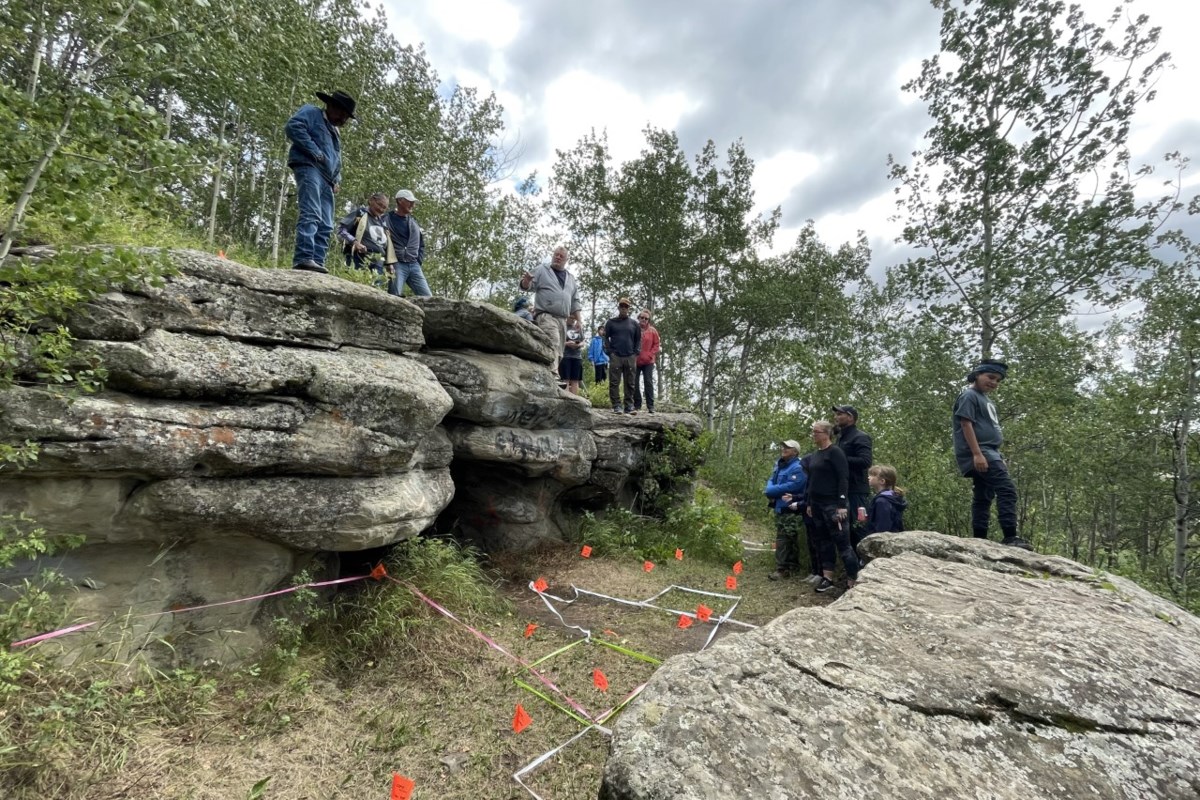 An ancient cave site at Charlie Lake will go under shovel for the first time in more than 30 years this spring. The Tse’K’wa Heritage Society will host a field school of archeology at the National Historic Site from May 2 to June 10.

An ancient cave site at Charlie Lake will go under shovel for the first time in more than 30 years this spring.

The Tse’K’wa Heritage Society will host a field school of archeology at the National Historic Site from May 2 to June 10.

Executive Director Alyssa Currie says she is delighted to partner with the University of Northern British Columbia to carry out the excavations.

“There’s a lot of excitement from the community, the number of people interested far outweighs the number of spots available, which is a good deal to have,” Currie said. “We’re really encouraged by this and excited to see how this can roll out into future opportunities.”

“We will also bring in local knowledge keepers, Dunne-za elders and members of our community who we believe can really contribute to the educational components of our field school,” Currie said. “One of our important goals for the field school is to understand the value of bringing academic and traditional Indigenous archaeological knowledge together.”

Tse’K’wa means rock house, and although well known to local residents and First Nations, the cave was not discovered by archaeologists until 1974 and then excavated in the early 1980s. Among the artifacts found were a 10,500-year-old stone bead, spear and arrowheads, harpoon heads, and bones of humans and various animals, including bison and ravens.

This year, students will camp at Charlie Lake and participate in new excavations just behind the cave, Currie said. The anthropological relevance of the site remains of critical importance to northern British Columbia and the First Nations who inhabit the region, she said.

“It’s really important as part of reclaiming the cultural heritage of the Dunne-za people, that we give them those skills to be able to do this job,” Currie said.

The field school is also linked to the company’s plans to develop a cultural center on the site, Currie added.