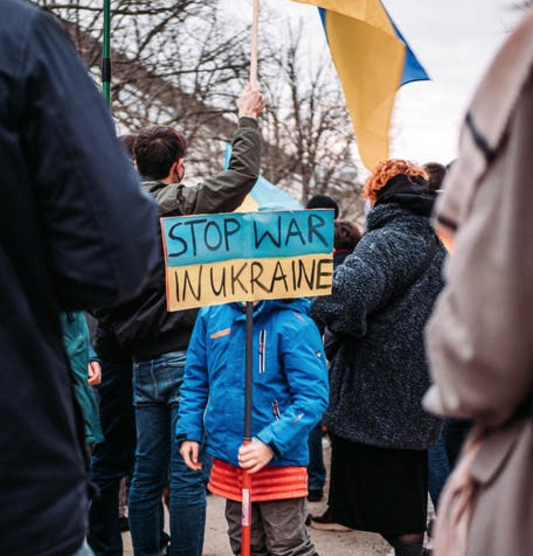 Are we repeating history? If you don’t know your story, you won’t know if what you’re seeing now is a repeat or a brand new endeavor. Whatever happens, it looks suspiciously like a replay from 1939.

Are we repeating history?

If you don’t know your story, you won’t know if what you’re seeing now is a repeat or a brand new endeavor.

Whatever happens, it looks eerily like a replay of 1939. Britain’s Prime Minister Chamberlain was driving back and forth to Munich in an attempt to avoid open conflict with Hitler. Hitler played it for a fool and was amazed at how easily the fool came out.

Chamberlain wanted so desperately to appease Hitler that he believed everything Hitler promised and repeatedly gave in to his “last” request.

He returned from his last interview with the cunning despot bringing “Peace in Our Times” and a smiling face.

A few weeks later: September 1, 1939! Poland was bleeding and burning.

Hitler could no longer pull the wool over anyone’s eyes. The war that was to engulf the world was a brutal, bloody and fiery reality.

The 1000-year-old Nazi Reich that began in 1933 had only six more terrible years to unfold, leveling Germany and destroying thousands of lives in the process.

Are we repeating history?

But Mr. Putin is playing a dangerous game of Russian roulette.

NATO, the G7 and the European Union are understandably reluctant to offer too much resistance to Putin. There’s a lot at stake. The economies are organically linked, and it’s impossible to squeeze Russia without feeling the pain in the Northeast where we peaceful people live.

Although Strong Man Putin sent his armies to Ukraine, not all of Russia supports him. Thousands of Russian protesters have been arrested and their fate remains to be determined.

Although he looks a lot like the Nazi boss, Putin is no Hitler. He is smarter.

On the first day of the invasion, he warned us, “If you interfere, I will unleash such punishment as you cannot imagine.”

This disturbing threat leaves a lot to the imagination: a cyberwar to lock down our power grids, shut down our pension schemes, neutralize our military capability, freeze our banking systems?

A nuclear attack? Unlikely, but he put his nuclear forces on high alert.

The isolation that the American continent enjoyed in 1939 no longer exists.

Still, we can take comfort in the fact that while Putin is smart, he’s not stupid – on second thought, maybe he’s stupid.

We can take more comfort in the fact that Putin’s plans do not seem to match God’s plans and that in the end, God’s plans will prevail.

Nevertheless, we feel Ukraine’s pain as much as humanly possible. The images, the faces of the people, are in our faces every night. We hear their sobs and see their tears. Mr Putin are you insensitive to the human suffering you are causing?

But I forgot, you can’t be ashamed, can you, Mr Putin?

You are selfish, stubborn, egocentric but ultimately you will not succeed.

In the meantime, there is pain and guilt to share. Ukraine is feeling the pain now and more intensely, Russia will feel it more and more severely, and the rest of the world to varying degrees.

Much of the world also shares varying degrees of responsibility for your decision to attack your neighbor instead of loving your neighbor as scripture commands. I understand that you belong to the Russian Orthodox Church which should have taught you the ABCs of love. Check with your priest or perhaps the Patriarch of Moscow.

Now let’s move on to Canada and our role in your guilty decision to attack.

I have written about Canada’s culpability in the ongoing horrors in Yemen, Nigeria and elsewhere, now forgotten but still unresolved. We have chosen to leave our resources in the ground and put Canadians out of work while importing dirty foreign oil, including Russian oil.

We refused to build the infrastructure that could meet Europe’s energy needs for generations to come. Now Europe is dependent on a menacing rogue for its energy needs while the prices of our own energy needs are climbing north and we are feeling the pinch we were worried about deciding to leave Canadian resources in the ground.

Are we in learning mode?

Every time I fill up my car at the pump, I contribute to Mr. Putin’s adventures in Ukraine or the hunger and pain in Yemen. Multiply that by millions and the picture comes alive. It doesn’t make me feel good or right.

Now that Ukraine is bleeding, and its infrastructure is demolished by Russian bombs partly financed with my pension, we are beginning to be indignant, and we are squirming a little and wondering how we can “nicely” persuade Mr. Putin to shoot his horns without harming our own economies too much.

There is no doubt that Mr. Putin thought about this several times before launching his missals. He weighed everything in the balance and took the bet, but it becomes clear that he miscalculated several things.

Will democracy prove him wrong?

Will he have to wait for the last sitting, which he cannot escape, to find himself on the wrong side?

By the way, here is an Ancient Wisdom for all of us wondering how this will end: “There is a path that seems right, but its end is the path of death” – Mr. Putin.

Federal authorities are investigating the crash of a small plane | News, Sports, Jobs