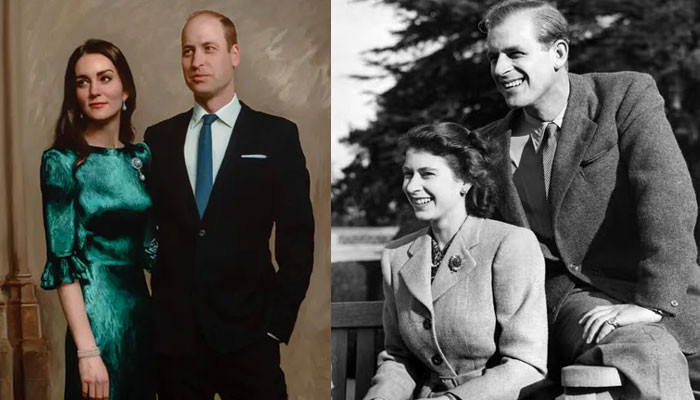 London: Prince William and Kate Middleton have brought a more relaxed and personal approach to royal duties and are raising their children relatively hands-on, showcasing a more modern take on the monarchy for a new era.

The beloved couple, officially known as the Duke and Duchess of Cambridge, married in 2011 and presented themselves with their three children – George, Charlotte and Louis – as a model family.

Royal expert Richard Fitzwilliams said they had ‘mastered both the formal and the informal’ with carefully selected glimpses of their lives on social media, a clean break from the past and to satisfy the constant interest of the press.

“They’ve been hugely successful in protecting that mixture of normality and royal status,” he told AFP.

William and Kate, both now 40, met while studying at the University of St Andrews in Scotland.

At the time, the prince was seen as an idol, with his presence massively boosting applications for Scotland’s ancient university.

Like his uncle Prince Andrew, brother Harry and father Prince Charles, William opted for a military career, becoming an army officer in 2006.

He graduated as a search and rescue helicopter pilot from the Royal Air Force in 2009. After marrying Kate, he lived with her and young George, born in 2013, for several years on a farm rented from Anglesey, off the coast of North West Wales.

William then moved on to work as a civilian air ambulance pilot from 2015, living in Anmer Hall on his grandmother’s Sandringham estate in Norfolk, east England.

He became a full-time royal in 2017 and moved the family base to an apartment in Kensington Palace, London.

The family moved to Adelaide Cottage in Windsor and this week the three children started at a nearby private school called Lambrook.

Charlotte and George previously attended a private day school in London where fees exceeded £6,000 ($8,000, 7,000 euros) per term, while Louis went to nursery.

Kate and William’s children are said to be raised to enjoy outdoor activities with limited screen time.

William spoke of the difficulties of sharing home schooling duties with Kate during the coronavirus lockdown – despite living in a 10-bedroom country house given to him by his grandmother, Queen Elizabeth II.

William gradually took on more royal responsibilities, including the awarding of knighthoods, while promoting a wide range of causes.

He spoke of his “pain like no other pain” at the death of his mother, Princess Diana, as well as traumatic experiences as an air ambulance pilot.

He also embraced environmental causes, founding the Earthshot Prize, rewarding people who offer solutions to problems that threaten the planet.

Like his father, William contracted Covid-19 in 2020 and has spoken out against anti-vaccine misinformation. He and Kate were pictured getting jabbed.

In August 2022, a YouGov poll placed William and Kate as the British public’s second and third favorite royals, just behind the Queen.

“I think William and Kate reflect, in many ways, a young queen and Philip,” said veteran royal correspondent Robert Jobson.

“They are not so young now, but in that respect they will certainly give the monarchy, after such ancient monarchs, a sense of modernity which is probably necessary to help its continuity,” he told the AFP.

His father’s reign “will be seen as a transition to his son – much younger, more glamorous. And of course William will be on the throne for much longer,” he added.

Despite a more modern style, William is a fierce supporter of the royal family and its values, and was reportedly furious when Harry said he and their father were “trapped” in a hidden institution.

He also reacted strongly after Harry and Meghan claimed an unnamed royal had asked about their unborn baby’s skin color, telling a reporter that the Windsors were ‘not at all a racist family.

In 2021, however, he denied fueling a rift with his brother following Harry and Meghan’s 2018 wedding after a BBC documentary claimed there had been a behind-the-scenes briefing war between the couples.

William does not hide his distrust of the British media, fired by the death of his mother while he is pursued by paparazzi photographers in Paris.

He and Harry were furious when a judicial inquiry confirmed that BBC journalist Martin Bashir had used false pretenses to secure a bombshell interview with their mother in 1995.

William urged the BBC never to air his mother’s interview again, saying it had “significantly contributed to her fear, paranoia and isolation” in her later years.

Unveiling a statue of Diana in the summer of 2021, he and Harry said they remembered “her love, her strength and her character” and “every day we wish she was always with us”.