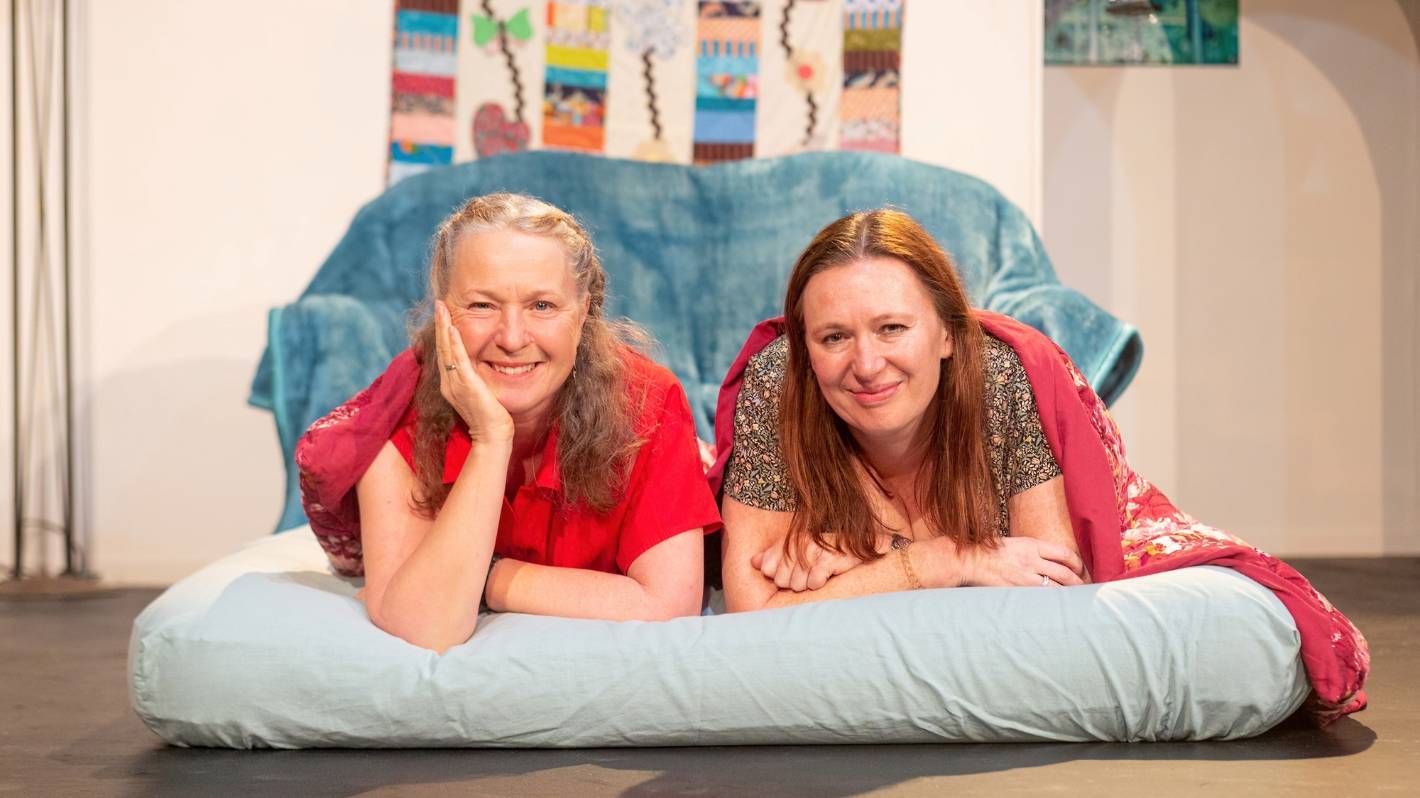 The cat’s mother holds the mirror of dementia

Two Taranaki women not only face dementia in their family lives, they also face it head-on in the theater.

Gillian Somers and Gillian Gibbon are the leading ladies in The Cat’s Mother, a play about two sisters who have to make tough decisions for their aging mother, who has Alzheimer’s disease.

The story is close to home for both women, as each has a relative with some form of dementia.

For Somers, it’s his father, who still lives in his home country of Ireland.

“Just before this play started, I went to Ireland. I didn’t tell my parents I was coming because I was afraid I wouldn’t get on the plane because of Covid, and I didn’t want to disappoint them,” she said.

“But when I got home, dad didn’t recognize me. He just walked past me and didn’t know who I was. That’s the cruelty of it.

Playing a character facing similar scenarios wasn’t always easy, but it was important to be part of the story, she said.

For Gibbon, whose mother in the UK has dementia, bringing up this subject on stage has made her appreciate life to the full.

“When I left the UK my mum was healthy and brilliant as a pin, but she had a stroke and developed vascular dementia.

She went overnight from this dynamic woman to someone whose conversation is now on a continuous loop.

“So it was a challenge to perform this piece, but it inspired me to volunteer with Alzheimer’s New Zealand after the show ended.”

The mother cat is peppered with funny moments and Gibbon expects viewers to cry, but she also knows they will laugh too.

“It’s a moving piece to do, but there’s also a lot of humor in it. That’s the power of community theater, we can tackle problems and give people the chance to not only be entertained, but to find a solution. It helps give voice to these really, really important issues.

Described as a hilarious black comedy, the award-winning play premiered in London in 2018, before being filmed at the Edinburgh Fringe Festival.

THE DETAILS: The Cat’s Mother, written by Erica Murray, plays at the New Plymouth Little Theater from July 13-23. Tickets on eventbrite.com.