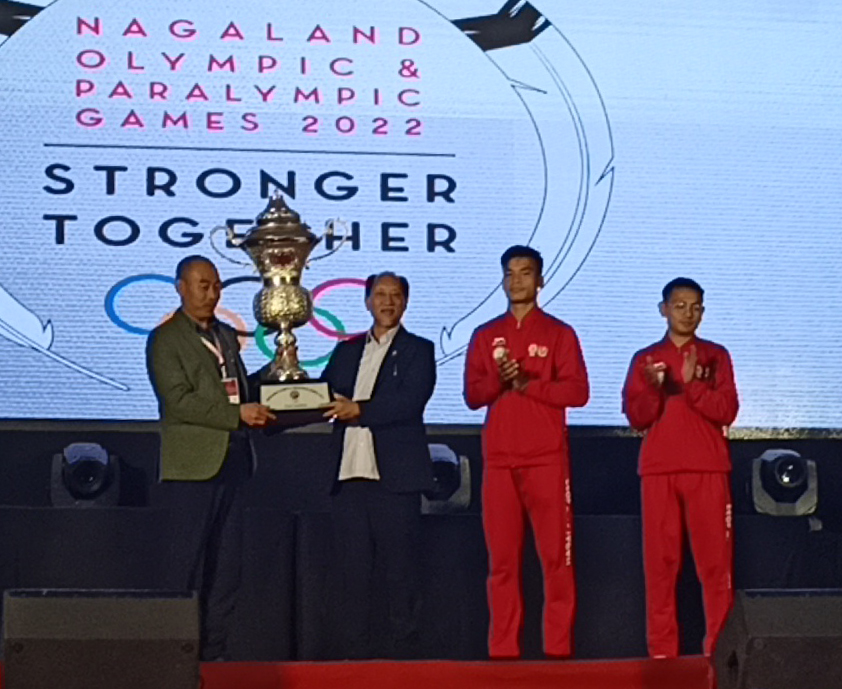 The curtain falls on the Nagaland 2022 Olympic and Paralympic Games

Nagas must be one to rise and excel, says Rio

Our correspondent
Kohima, August 27 (EMN): Chief Minister Neiphiu Rio said on Saturday that the theme for Nagaland and the 2022 Paralympic Games, “Stronger Together”, clearly sends the message that “Naga must be one to rise, shine and excel”.

He was addressing the gathering during the closing ceremony of the 2nd Nagaland Olympic and Paralympic Games 2022 at the NBCC Convention Center in Kohima.

The 6-day sports extravaganza, which officially began on August 22, ended on August 27e.

Rio, who is also the president of the Nagaland Olympic Association (NOA), said the competition in 11 sports disciplines and three para-sports disciplines brought together more than 2,000 young people from all parts of Nagaland, adding that the games sent the right message of unity and oneness.

He called on participants to take the games as the start of a new journey to collectively write a new narrative for Nagaland’s future in sport. He affirmed that the state has huge potential in sports and games, and called for efforts to translate the potential into results.

He said that better infrastructure in line with modern needs, quality human resources in game development, improved nutrition and diet, increased exposure and above all a scientific approach to sport are the need the time.

The Chief Minister also congratulated the athletes, officials and associations who contributed to the smooth running of the Nagaland Olympic and Paralympic Games.

The Phek District team’s cleanliness campaign at IG Stadium on Saturday morning also received special mention in the Chief Minister’s speech. “Your thoughtful gesture will go a long way in setting a good example for our people,” he said.

The best players will be trained for the National Games

Rio said the games act as a platform to showcase the hard work and effort put in by athletes, as well as a platform to spot talent. He said the champion athletes and top performers will be selected to train for the state-level training camps for the upcoming North East Olympics in Meghalaya and the National Games in Gujarat.

While congratulating the winners, he also encouraged those who could not win medals this time to work harder in order to succeed in their future endeavours.

He then praised the new districts and inner districts for their performance, saying it is a positive sign for the future. He said the government is encouraged to work harder for the youth of the state in all parts of Nagaland.

The second Nagaland 2022 Olympic and Paralympic Games, which started on August 22, ended on Saturday.

More than a dozen events took place during the six days of sports spectacle.

Among the districts, Kohima led the medal tally with 70, including 23 gold, 23 silver and 18 bronze, followed by Phek with 59 medals; Dimapur 57; and Noklak 18. The districts of Tuensang and Kiphire were at the bottom of the table with two bronzes each.

On the last day, a boxing event for different weight classes took place.

More rejected asylum seekers are being sent back