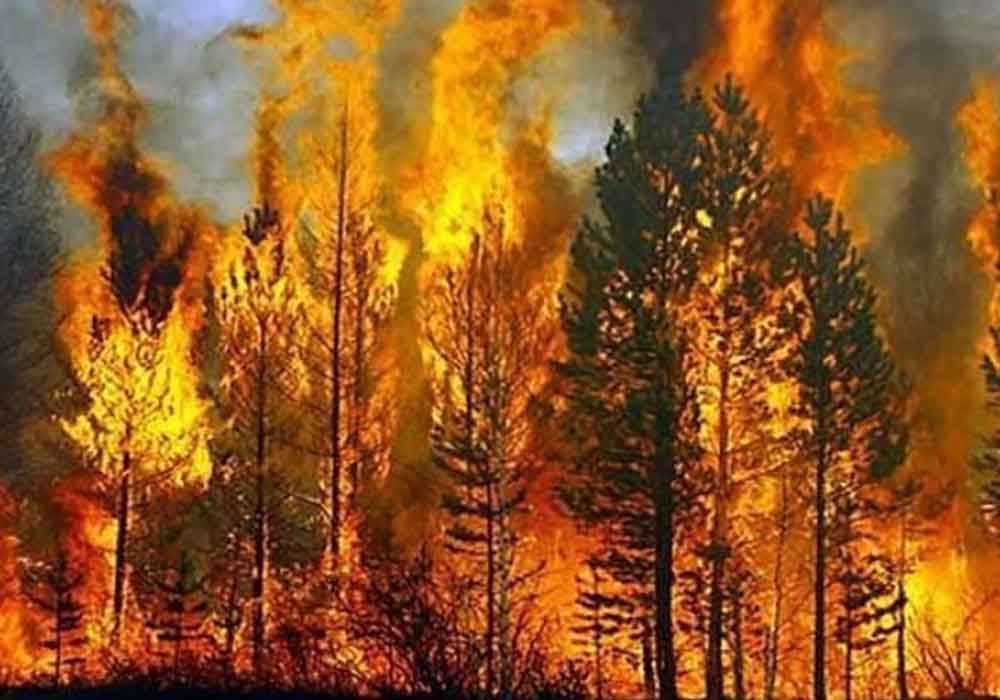 The hell of the Balochistan forest finally extinguished

The government of Balochistan announced that the fire that devastated the pine and olive forest of Koh-e-Suleman in Sherani district was finally extinguished on Tuesday.

The development came after a tanker plane sent by Iran carried out three rounds of water splashes on the burning trees.

The federal government had reached out to Iran and asked it to provide a special firefighting plane to fight the wildfire.

At a press conference in Quetta later, Federal Housing Minister Maulana Abdul Wasey said, “The fire has been brought under control and extinguished.

“Forest rangers, the civil administration is still in the forest,” said Maulana Wasey.

The fire in the Sherani forest located in the Koh-e-Suleman mountain range broke out on May 18. According to media reports, the fire destroyed more than 30 kilometers of ancient forest.

In response to a question, Chief Secretary Uqaili said an inquiry had also been ordered to investigate the spread of fire in the ancient forest. He said the provincial and federal governments are working to rehabilitate those affected by the wildfire.

“We are going to consult the ecologist at the national level to take stock of the regrowth of pines and olive trees,” added the federal minister.

Maulana Wasey said the government had already announced compensation for the heirs of three people who were burned alive while battling the roaring flames of the fire. He said the families of those injured would also be compensated by the provincial government.

The Balochistan government has banned campfires and cooking in all forests across the province. The Balochistan Home and Tribal Affairs Department issued a notification and directed the relevant deputy commissioners to ensure the implementation of the guidelines.

The provincial government took this decision following an imminent danger of fire eruption in the forests located in Zhob, Sherani, Kalat, Kohlu, Ziarat and other parts of Balochistan due to drought and crisis climate, the notification says.