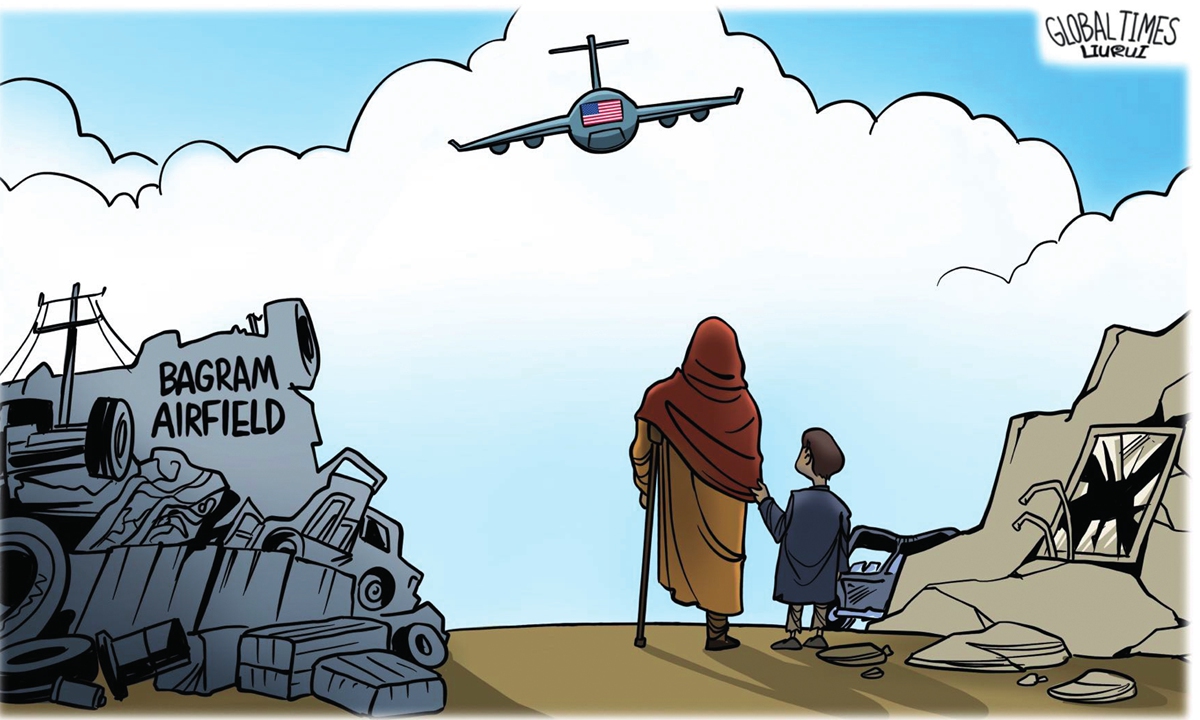 The US Air Force said last Monday it would take no disciplinary action against personnel who flew from Kabul to Qatar in August 2021 with human remains in the wheel well of their C-17 cargo plane, saying the Commanders had determined that the crew “acted appropriately” in deciding “to take off as quickly as possible,” according to a Washington Post report.

It has long been known that the likelihood of such investigations convicting the US military involved in general is very low. Such inquiries are not so much about liability as about exoneration. Throughout the American military justice system, senior officers wield enormous power. Even when US courts-martial are involved due to the seriousness of the cases, it is difficult to convict those involved of killing civilians in other countries, and there are few examples of the military being reprimanded.

Even during the unjust war in Iraq and the war in Afghanistan in which tens of thousands of civilians were killed, no American was held accountable and brought to justice. Instead, the United States frequently accuses leaders of other countries, like Vladimir Putin, of being a “war criminal” and calls for a “war crime trial”.

The fundamental reason the United States is so lenient toward soldiers involved in such cases is that the United States is engaged in hegemonic wars, invasive operations that cannot be carried out without casualties. Therefore, a mechanism is needed to allow soldiers to absolve themselves of guilt when they kill.

The United States even enacted the American Service-Members’ Protection Act under the Bush administration in 2002, which seeks to “protect American military personnel…from criminal prosecution by an international criminal tribunal to which the United States have not left”. The law, known as The Hague Invasion Act, authorizes the U.S. president to use “all necessary and proper means to secure the release of any U.S. or allied personnel detained or imprisoned by, on behalf of, or at the request of the International Criminal Court.”

The real intention of the United States is clear: to confirm that “there is no authority over sovereignty”. “The United States cannot authorize a supranational authority capable of punishing the United States. This is why Washington repeatedly condones US soldiers killing civilians from other countries. The United States does not want to be tied down when it engages in hegemonic behavior,” according to Shen Yi, a professor at Fudan University’s School of International Relations and Public Affairs.

However, the hegemonic United States has instrumentalized human rights to package its actions abroad, which, firstly, does not achieve the desired goals and, secondly, constitutes a major setback for those who are genuinely concerned. by human rights at the international level and an insult to the very idea of ​​”human rights”.

The C-17 crew forced a takeoff knowing there were Afghans climbing outside the plane on the ground, but afterward the US Air Force did not take the case Seriously, no sophistry can erase the fact that she has extreme disregard for life and violates basic human rights. The last US drone strike before US troops withdrew from Afghanistan killed 10 civilians, including seven children. But the Pentagon only acknowledged it as “a tragic mistake” and did not penalize any of the military personnel involved in the strike. Another example of war crimes violating international law.

Since the United States commits these crimes with power politics, violating the sovereignty of other countries and imposing its own so-called values, it displays its double standards, which makes the United States completely lose its credibility. international community at the end if they still refuse to reflect on their actions, said Song Zhongping, a Chinese military commentator.

The United States should realize that it no longer has the capacity to pursue its hegemony, Song said. The American wars in Iraq, Syria and Afghanistan have shown that it is unrealistic to rely on America’s own values ​​and democratic system to override the political practices of other countries. It is doomed and the international order will suffer.

Ben Wallace, the UK Defense Secretary, once suggested that the US is probably not a superpower, but just a “great power”, because it was unwilling to hold out in Afghanistan . This means that the United States is no longer capable of assuming international obligations, that the values ​​and standards it proclaims do not represent fundamental international norms, and that the United States has in fact fallen from its altar a long time ago. .

The United States has never truly appreciated and practiced the human rights it boasts of. There are no real human rights in the United States, only fake rights that serve their own interests. In our country, it uses “human rights” to divert people’s attention and create conflict instead of improving people’s lives; abroad, human rights are used to whitewash its war crimes.

The United States poses the greatest threat to human rights in the world, seriously undermining progress and global security. Shen believes that the humanitarian disasters replicated around the world by the United States since the start of the Cold War clearly prove that Washington is in fact a hypocritical humanitarian advocate who uses human rights as a rhetorical tool. And the first thing necessary to safeguard human rights is to oppose American hegemony and war crimes.

JThe author is a journalist at the Global Times. [email protected]