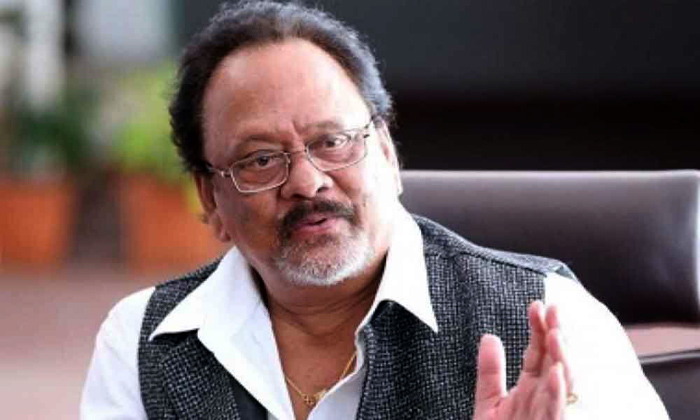 He was 83 years old and survived by a wife and three daughters.

Raju was the uncle of “Baahubali” star Prabhas.

Hospital sources said he was suffering from post-COVID-19 illnesses. He was admitted to hospital on August 5.

He was a member of the Lok Sabha twice and served as Union Minister of State in the Atal Bihari Vajpayee government.

“Saddened by the passing of Shri UV Krishnam Raju Garu. Future generations will remember his cinematic genius and his creativity. He was also at the forefront of community service and rose to prominence as a political leader. Condolences to his family and admirers. Om Shanti,” Modi tweeted.

Known as the “Rebel Star”, Raju has starred in over 180 films and has remained a trailblazer with his rebel characters. He started his film career with the Telugu film ‘Chilaka Gorinka’ in 1966. His last film was Prabhas-starring ‘Radhe Shyam’.

He has won several awards and accolades for various roles he has portrayed in films.

KCR said the death of Krishnam Raju, who starred in many films over a fifty-year career and won the hearts of moviegoers as a ‘Rebel Star’ with his style of single actor, is a great loss for the Telugu big screen. .

He added that the death of Krishnam Raju, who served the people of the country as a member of the Lok Sabha, as a Union minister and in the field of political administration, is sad.

Andhra Pradesh Chief Minister Jagan Mohan Reddy said in a tweet: “The death of former Union Minister and famous Rebel Star film actor Krishnam Raju is sad. His services to the people as an actor and political leader are memorable. Our deepest condolences to the family members of Krishna Raju, wishing his soul to rest in peace.

Condoling the death of the former minister, Telangana BJP leader Bandi Sanjay Kumar said in a statement that the death of Krishnam Raju is painful and a great loss for the BJP, the Telugu film industry and the people.

The AIG hospitals where he was undergoing treatment, in a statement, said he was admitted with post-COVID complications on August 5. He was diagnosed with severe pneumonia caused by multidrug resistant bacteria and fungal organisms, severe infectious bronchitis.

He had heart rhythm disturbances while in hospital and worsening kidney function. He has been managed on life support since his admission.

He was undergoing appropriate treatment and close monitoring was carried out.

“He succumbed to severe pneumonia and its complications on 11.9.22 and died at 3.16am today due to cardiac arrest,” he said.

Angono: the only artistic capital of the Philippines